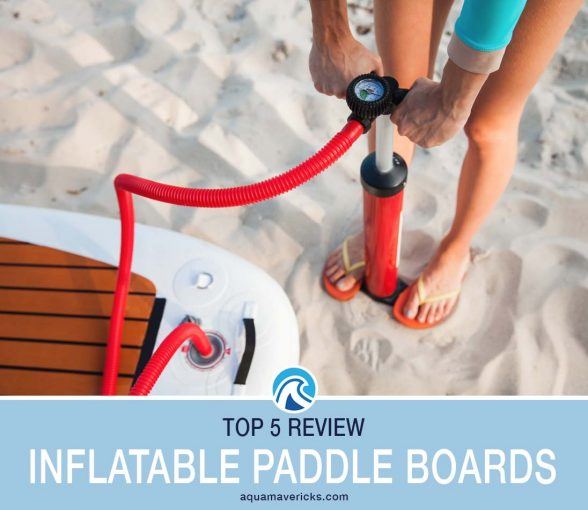 What is the Best Inflatable Paddle Board for 2018

ISLE is a company that takes true pride in the construction, value and performance of its inflatable paddle boards. They offer a full line up which spans the spectrum of activities and user skill levels. Their 12-foot, 6-inch Airtech has caught the eye of the public due to its performance and versatility.

The Airtech is technically a touring board. Its longer than usual length allows it to cover distance effortlessly. Its tapered body allows it to pierce the water and gives it a lower drag profile. This means that it is also faster than your standard cruising board. However, ISLE took it a step further and integrated new manufacturing technology to further reduce the weight of the inflatable by 30%. The lighter weight not only means that it is a dream to handle on the water, but off it as well. That’s 30% less weight the user must carry when moving their board from one point to another.

The fact that it is a touring board combined with a drastic weight cut does mean, however, that the Airtech may not be the most suitable option for choppy water paddling or paddle surfing.

A relative newcomer to the industry, Atoll offers a full line of paddle boards which includes their 11-foot iSUP. The board may seem like any other board on the market - it comes with a 3-piece paddle, travel backpack and even its length is pretty standard. However, it is all the things that aren’t seen that make this paddle board great. This iSUP is one of the few in the industry which possesses ultralight construction. A 30% decrease in weight may not seem like a lot to some people, but it’s quickly noticeable once the board is packed and being transported.

Furthermore, combine this with the 11-foot length and the result is a highly manoeuvrable yet stable paddle board.

This board does have an upturned nose which allows it to easily go over the water, but it also has a pointed nose to give it the ability to pierce through small waves should they be encountered. In addition, Atoll decided to further increase the convenience factor by switching the hand pump from a standard single action to a high-pressure bravo dual action, meaning that it will fill the paddleboard both on the pushing and pulling motion of the pump

When Ten Toes built the Weekender, it seems that they had one thing uppermost on their mind…comfort. This 10-foot long iSUP is an absolute joy for cruisers and leisure paddlers. Its shorter than usual length means that it is more suitable for a day of paddling with friends on the lake or shoreline rather than open ocean touring races or whitewater rivers.

Ten Toes really had the weekend paddler in mind when they created this iSUP. Its 3 fins are all removable which means that it’s easier to roll and shove into a carrying pack.

Its visual profile screams cruiser due to the presence of a wide body (great for stability) and rounded nose, which means that this board was meant to carry its rider over the water. However, this also means that its speed is a little compromised. Racers and performance riders may need to look at another board, but for the casual user this would be an great solution.

To call Tower’s Xplorer a big board would be an understatement. This 14-foot inflatable is the biggest in this list. Riders looking to spend a day winding their way through rapids or on open ocean waves will need to look elsewhere. Technically speaking, the length and spear-like shape of the board lends itself to speed and distance, however, the 8-inch thickness makes it great for fun on the water with friends. With a carrying capacity of 770-pounds and plenty of real estate on the board means that a rider can bring a couple of passengers (both humans and pets) without much concern.

The large board surface means that the Xplorer can be used as a cruiser, touring board and with its superior stability can also be used as a fishing platform. While this board does score high in fun and versatility, it does rank low in the convenience department. The board lacks D-rings which means it has no option for attaching a storage net or a seat attachment. Also, the fins are an issue. Inflatable paddle boards usually come with two fins attached and a snap on third fin. However, the Xplorer requires the user to attach and detach all three fins with screws every single time it is taken in and out of the bag.

The award winning iRocker inflatable paddle board is known in the industry as one of the most rigid and durable boards on the market. This is due to its military grade construction which makes it virtually indestructible. When pumped to its 15 PSI capacity, this 11-foot inflatable paddle board has the look and feel of a traditional hard top board. The 30-inch body width of the iRocker means that it has increased mobility and maneuverability for a board its size.

Paddlers who choose to take this board out on the water can do pretty much anything they desire, from lake cruising, ocean touring and even fishing. Thanks to its weight and construction the board is extremely stable and can easily take over 350 pounds of weight.

However, the beefier construction also means that it is heavier than most other iSUPs in its category. While it is nimble for an 11-foot board it is not the fastest, nor is it the easiest on the shoulders when rolled and packed up.

Even though big wave surfing legend Laid Hamilton revived paddle boarding more than 10 years ago, its popularity in the mainstream didn’t begin to grow until a couple of years later. Even though it was backed by big names, its existence was mainly within the surfing world. To paddle board in those days meant that you needed to either be by the ocean, or sling your long board on your vehicle roof and drive. For the casual user, lugging around a longboard, taking it down flights of stairs, navigating urban centers and mounting it to their cars was a lot of effort. They either rented when they got to the beach or didn’t bother at all. That is until a new, more convenient and more portable option was made available to them. It can be argued that inflatable paddle boards made the sport and activity accessible to a greater amount of people.

Options. That is the key word when discussing inflatable stand up paddle boards (iSUPs). By this point the virtues, benefits and sheer fun of paddle boarding has been made known to a significant portion of the population. iSUPs allow users to take those same qualities, literally put them on their backs and take them anywhere they want. Imagine paddle boarding on a high mountain glacial lake. It would be impossible to carry a hard-top paddle board to such a remote spot. However, most iSUPs can be rolled, compressed and shoved into a specialized carrying bag - often a backpack style. High mountain lake? No problem. Taking public transport to an urban body of water? Go right ahead. Walking a couple of blocks to the beach? Your shoulders will thank you for investing in an inflatable SUP.

Inflatable Paddle boards exist to bring convenience and portability to the lives of its users. However, there are still differences between one iSUP board and another. The number of companies that offer iSUPs has skyrocketed in the last couple of years. While this is good for providing alternatives for the consumer, it also poses a puzzling dilemma, what sets them apart? Like their hard-top counterparts iSUPs perform and behave differently based on their physical characteristics. Purpose built iSUPs exist too which excel at a certain activity.

The longer the board, the more stable it is. This is not a hard and fast rule, but tends to be true in most cases. Inflatable paddle boards can come in various lengths and paddlers should be aware of the benefits of each end of the spectrum. In general, short boards sacrifice speed and their ability to weather rougher waters for maneuverability. Longer boards can withstand choppy water and are great for long distance rides, but don’t expect them to turn on a dime.

Flat nose or up-turned nose. Wide body versus narrow body. Tapered tail or rounded end. There is a dozen or so combinations that affect an iSUPs performance and abilities on the water. The shape of the board can affect the way it handles, the turning radius, its speed, its stability, whether it goes over waves or cuts through them. The shape not only determines the look of the board but impacts a host of other performance factors too.

Inflatable SUPs were meant to give a host of alternatives to their riders, not only in where they can be used, but also how they can be used. The inflatable paddle board industry somewhat prides itself in providing its clients with as many uses for their paddle boards as possible. As such, versatility has become a hallmark of great iSUPs. Yes, the board is great for leisurely paddles on the lake, but can it handle rivers, open ocean and what about fishing? A great ride on a stable board that is also multipurpose is a veritable gold mine of enjoyment and memorable experiences.

Inflatable stand up paddle boards offer riders a convenient, portable and fun way to spend time on the water. Their various lengths and body shapes dictate their capabilities on the water, but it is their versatility that really sets them apart. iSUPs have made paddle boarding more accessible than ever, now even a city dweller living in a high rise can own a paddle board and store it in their closet, and then take it literally anywhere they can carry it.

Which is why the iRocker Inflatable SUP, with its military grade construction, made it to the top of this list. Its length and its high build quality gives it both stability and durability. Its body shape, with tapered nose, makes it agile for an 11-footer. And, the fact that a rider can use it for almost any purpose makes it the ultimate board to take out on the water. In light of all this, the extra weight on the paddlers back almost seems negligible.

How to Stand up Paddle board

What are the Best Paddle Board Accessories

What is the Best SUP Paddle 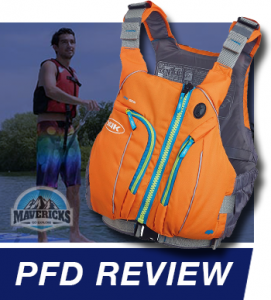 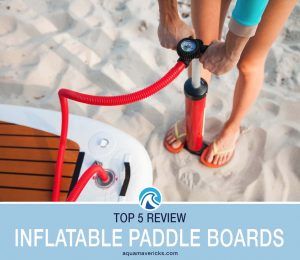 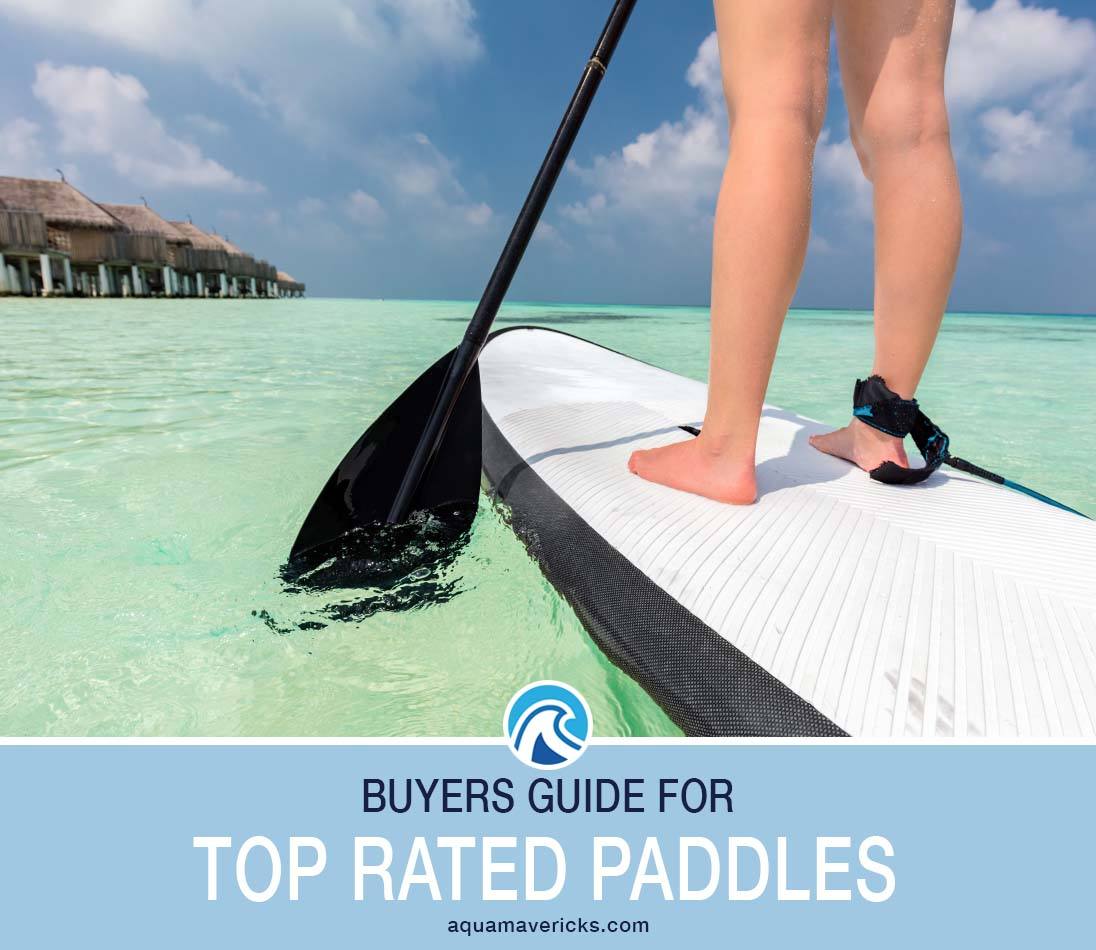 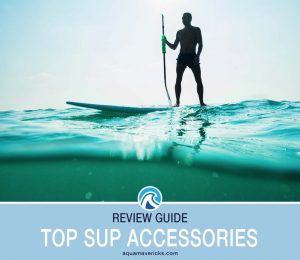 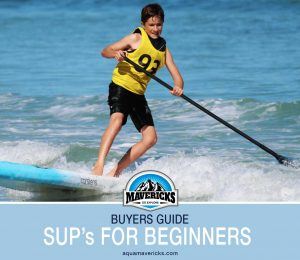