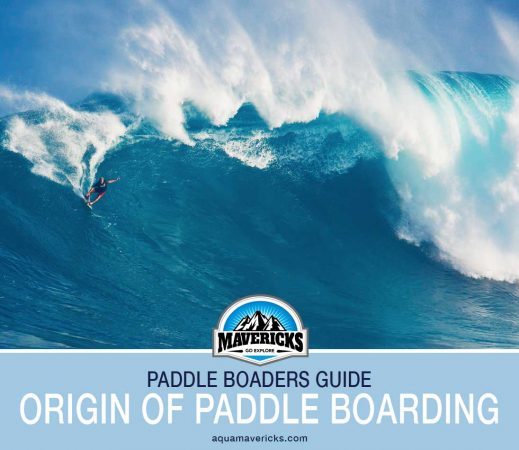 The ancient Hawaiians already had canoes when they first hopped on a wooden board and caught a wave to shore. They used paddles to propel and stabilize the ocean canoes and would have undoubtedly used paddles to do the same while standing atop the primitive surfboards. Over time the speed and agility of the surfboards made it more popular and the precursor to SUP fell by the wayside.

It wasn’t until Laird Hamilton, highly regarded as the greatest big wave surfer of all time, took a particular interest in SUP. Growing up in Hawaii he knew about SUPs and saw pictures of them in books. The itch caught hold and Hamilton just had to scratch it. He already had access to the board. Swapping in the modern lightweight short board for the heavier, yet more stable long board, Hamilton was able to actually stand on the board even on flat (no wave) days.

The paddle turned out to be the biggest hurdle, which took Hamilton months to develop and his search took him from the shores of his home in Hawaii to the California coast. Hamilton’s obsession with developing the modern SUP is one of the biggest reasons why stand up paddleboarding is so popular the globe over, heck people even use paddle boards for yoga or fishing now.